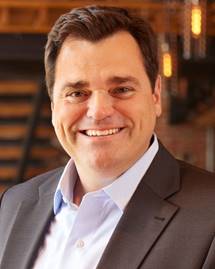 The Volvo Group recently announced that Gary McCartney has been named Senior Vice President and Chief Financial Officer (CFO) for Volvo Trucks North America and Mack Trucks.  McCartney had served since 2014 as Global CFO and Senior Vice President, Finance for Volvo Financial Services (VFS), prior to which he spent four years as CFO for VFS Americas, three years as President of VFS Canada, and more than six years as CFO for VFS Canada.

Before joining the Volvo Group in 2001, McCartney was a controller for Dell Financial Services and an auditor for Arthur Andersen.  His appointment was effective March 1, 2022, and he will continue to be based in Greensboro, North Carolina.  McCartney succeeds Ken Trolle, who was named Executive Vice President and Chief Financial Officer for VE Commercial Vehicles, the Volvo Group, and Eicher Motors joint venture.