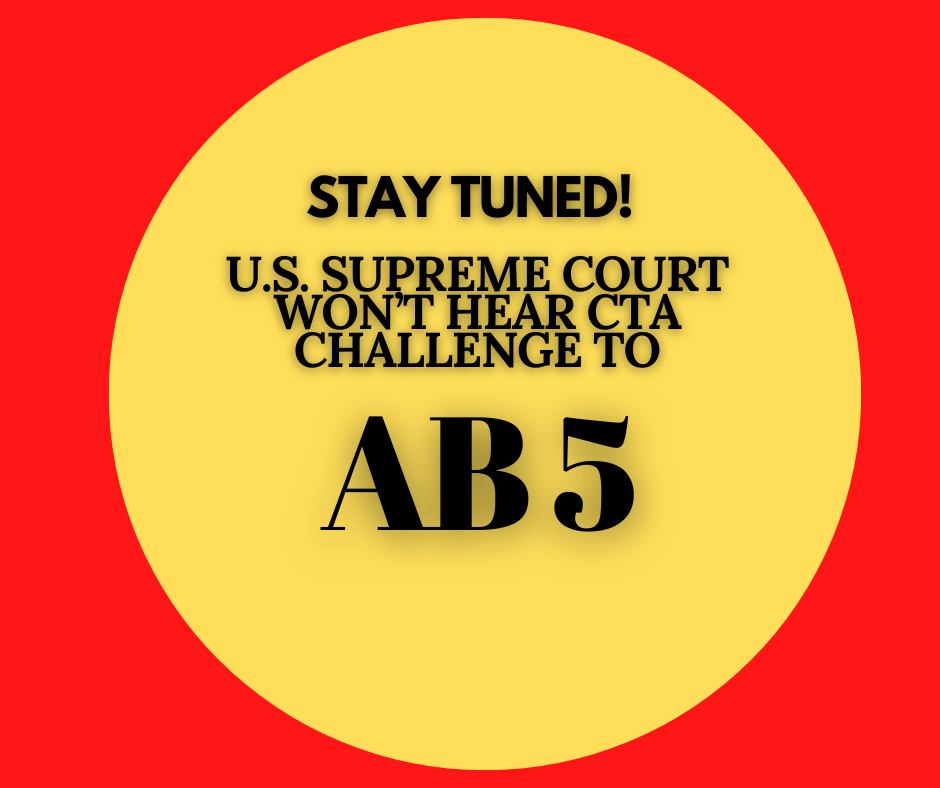 In a decision that’s certain to cause chaos and consternation in the California trucking industry, the U.S. Supreme Court announced on June 30 it has declined to hear an appeal of California’s worker reclassification law known as AB 5. The law will likely have serious consequences for owner-operators in the state as well as the companies that hire them as independent contractors.

The California Trucking Association (CTA) had filed a petition to the high court for review of AB 5, claiming that federal law, particularly the Federal Aviation Administration Authorization Act (FAAAA), precluded the state from interfering with interstate commerce.

However, the 9th U.S. Circuit Court of Appeals disagreed with that assertion, stating “a generally applicable state law is not ‘related to a price, route, or service of any motor carrier for purposes of the FAAAA unless the state law ‘binds the carrier to a particular price, route or service’ or otherwise freezes them into place or determines them to a significant degree.”

The law had been blocked by an injunction, also filed by CTA, for the last two years. Now, AB 5 and its “ABC test” will take effect in California as soon as a court lifts the injunction. All three prongs of the test need to be fulfilled for a worker to claim independent contractor status. For most owner-operators, it is almost impossible to meet every requirement.

In a statement reacting to the announcement, CTA said, “We are disappointed the Court does not recognize the irrevocable damage eliminating independent truckers will have on interstate commerce and communities across the state. The Legislature and Newsom Administration must immediately take action to avoid worsening the supply chain crisis and inflation.”

CTA added that AB 5 “would cause motor carriers and owner-operators to bear substantial, if not insurmountable, costs and burdens associated with shifting to an employer/employee business model.”

Legal experts expect that this will not end litigation involving AB 5. The trucking law firm, Scopelitis said in a statement, “Motor carriers should immediately evaluate their California operations to determine what steps if any, should be taken to respond to the changing backdrop for trucking.”

Some analysts believe the new law will lead California to attempt to enforce the law with independent contractors who are not based in the state. They also believe that some carriers may scrap their current business models and become logistics-only companies.

California Attorney General Rob Bonta said in a statement, “We’re pleased with the court’s decision to reject this challenge to AB 5’s application to the motor carrier industry. At the California Department of Justice, we’ll continue to do our part to defend laws that are designed to protect workers and ensure fair labor and business practices.”

Todd Spencer, president of the Owner-Operator Independent Drivers Association, said in a statement, “With AB 5 now set to go into effect, thousands of owner-operators driving in California face an uncertain future. California has provided no guidance to owner-operators about how they can work as independent contractors under this new scheme, and truckers will be at the mercy of the courts to interpret how the law will be applied.”