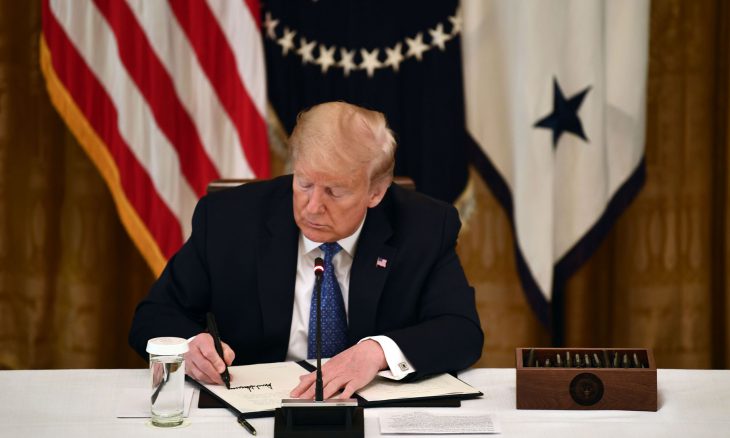 In an effort to help spur an economic rebound, President Donald Trump signed an executive order on May 19 allowing federal agencies to cut or eliminate what Trump has labeled as unnecessary regulations. More than 600 regulations will be reviewed, including several related to the Department of Transportation (DOT).

Addressing DOT Secretary Elaine Chao, Trump said, “Elaine, you can do things that no one would believe in your department. So good luck. I’m signing this, it gives you tremendous power to cut regulations.”

The order gives agencies wide power to identify regulations that can be suspended in order to fast track economic growth. Due to the coronavirus health emergency, the U.S. economy will contract approximately 40% in the second quarter and more than 35 million Americans have applied for unemployment benefits.

Trump said, “I’m directing agencies to review the hundreds of regulations we’ve already suspended in response to the virus and make these suspensions permanent where possible.”

Trump has made the cutting of regulations a cornerstone of his administration, directing Congress in 2017 to eliminate two regulations for every new regulation enacted by federal agencies.

Democrats and environmentalists criticized the executive order. They argue it will allow the industry to ignore the levels of pollution they put into the air and water.

Brett Hartl, Government Affairs Director of the Center for Biological Diversity said the administration is “using the pandemic to slash life-saving protections for our air, water, and wildlife when these safeguards have never been more important.”