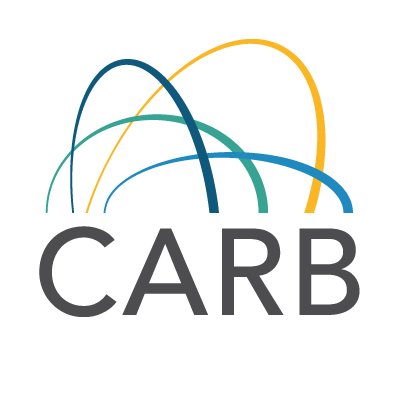 Despite being at the forefront of the effort to combat climate change, the California Air Resources Board (CARB) has postponed enforcement of greenhouse gas (GHG) Phase 2 trailer standards until at least 2021, to match with implementation of federal GHG standards which have still not been finalized by the Environmental Protection Agency (EPA).

Coinciding with this decision, the Truck Trailer Manufacturers Association (TTMA) has filed a petition in a federal court for review of trailer standards under GHG, claiming that trailers cannot be regulated in the same way as motor vehicles and that any regulations would be “arbitrary and capricious” because they don’t measure the actual day to day use of a trailer. The court placed the case in abeyance pending EPA and National Highway Traffic Safety Administration (NHTSA) reconsideration of the matter.

In 2016, the EPA under the Obama administration released the GHG Phase 2 regulations which not only tasked manufacturers with designing more fuel efficient trucks but to produce trailers which would also comply with federal standards. The final standards expected CO2 emissions to be cut 1.1 billion metric tons, save vehicle fuel costs of about $170 billion and to reduce oil usage by approximately two billion barrels over the lifetime of vehicles sold under the regulations. Final implementation has been held up under the Trump Administration, partly due to litigation such as that filed by TTMA, but also the result of agency inactivity.

In 2018, CARB, however, approved the state plan, setting Jan. 1, 2020 as the implementation date even though there was still a good deal of uncertainty regarding the federal rules which make up the basis for the California plan. Industry analysts have noted that because the federal rules are still in limbo the state isn’t ready to fully implement its standards because of problems with compliance and certification issues. OEM’s (original equipment manufacturers) have also worried that, absent a federal standard, states will release their own regulations making it tough for interstate fleets to comply with different rules.

Mike Shuemake, President of Fresno-based Central Valley Trailer Repair has pointed out that enforcement of any set of new rules would be problematic for CARB, saying, “I have not yet heard of one enforcement violation being issued for the original GHG rule that I believe went into effect in 2011. They are well known for writing rules but not having the resources to enforce them, which can be proven by looking at current compliance rates with various rules affecting our industry.”

Shuemake also said, “I think they finally realized the rule had some issues, especially with the definition of model year, and that it might be easier to take a breather for two years and let that part of the rule become moot.” Additionally, only one OEM—conveniently based in California—has been approved so far for sales in California.

Because of inaction by the EPA and NHTSA, the TTMA has recently asked the U.S. Court of Appeals for the District of Columbia to render a final decision on trailer standards and not wait for the feds. With Jan. 2021 as the date when the NHTSA’s GHG Phase 2 standards are set to go into effect, TTMA argues that it cannot wait for federal action with the deadline just around the corner.

“Trailers are highly customized and are ordered months in advance because they are built to order, meaning that TTMA’s members will begin taking orders for 2021 in the coming months,” court documents reveal. “TTMA’s members need to know whether the Rule will apply to the trailers they sell for the 2021 model year, and they cannot realistically continue to wait for the Agencies to engage in the rule making that has been promised since 2017.”

The court has yet to rule on TTMA’s request.