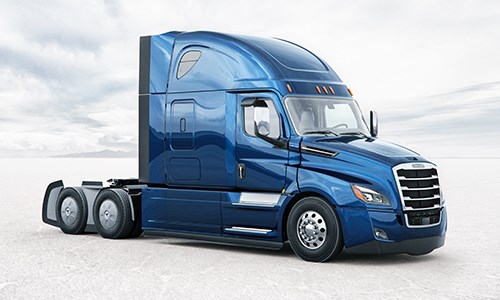 As the COVID-19 pandemic raged through the U.S. in May, Class-8 truck retail sales plummeted 62.5%. Sales of 9,165 trucks during the month signified the lowest sales number since 2011. In comparison, retailers sold more than 24,400 units during the same month last year.

Overall for 2020, Class-8 sales are down nearly 38% from 111,332 at this point last year to 69,379 so far this year. Analysts indicate it will be a difficult year and that the recovery will be long and slow. They also indicate that capacity now exceeds demand, especially as the nation continues its intermittent battle with the health emergency.

Dan Clark, head of Canadian bank BMO’s transportation finance department said, “Given that the industry is still wrestling with the hangover of a near-record two-year stretch of heavy-duty truck sales, which is now compounded by lower than previously expected economic activity for the next year or two, we aren’t expecting to see a V-shaped recovery in Class 8 sales.”

Clark believes that sales will be up and down during the second half of the year with forecasts predicting sales will only reach about 147,000. For many analysts, this year simply marks another cycle for the trucking industry which has seen times of boom and bust over the last several years.

Some see bright spots ahead, however. Tobias Waldeck, head of Daimler Truck Financial said, “The world has never needed trucks and their operators more than it does right now.” Daimler is currently offering several incentives for new truck buyers.

Daimler’s Freightliner sold over 3,100 Class-8 trucks during the period which was 63% less than last year. Western Star, another Daimler brand, sold 27% fewer trucks.

International, a subsidiary of Navistar, Inc., sold 1,196 trucks during the period, more than 62% less than the previous year. Another top manufacturer, Volvo Trucks North America had sales of 1,084, down 60%, while Mack Trucks, a Volvo brand, sold 879 units, down 51%.

The good news for manufacturers and retailers is that as the economy begins to reopen, with many states entering Phase 3 of their recoveries, truck sales should climb, but most industry stakeholders believe it will not reach 2019 levels anytime in the near future.

Voltmann steps down as TIA President and CEO