Congress to Consider Bills to Give Truck Drivers Overtime 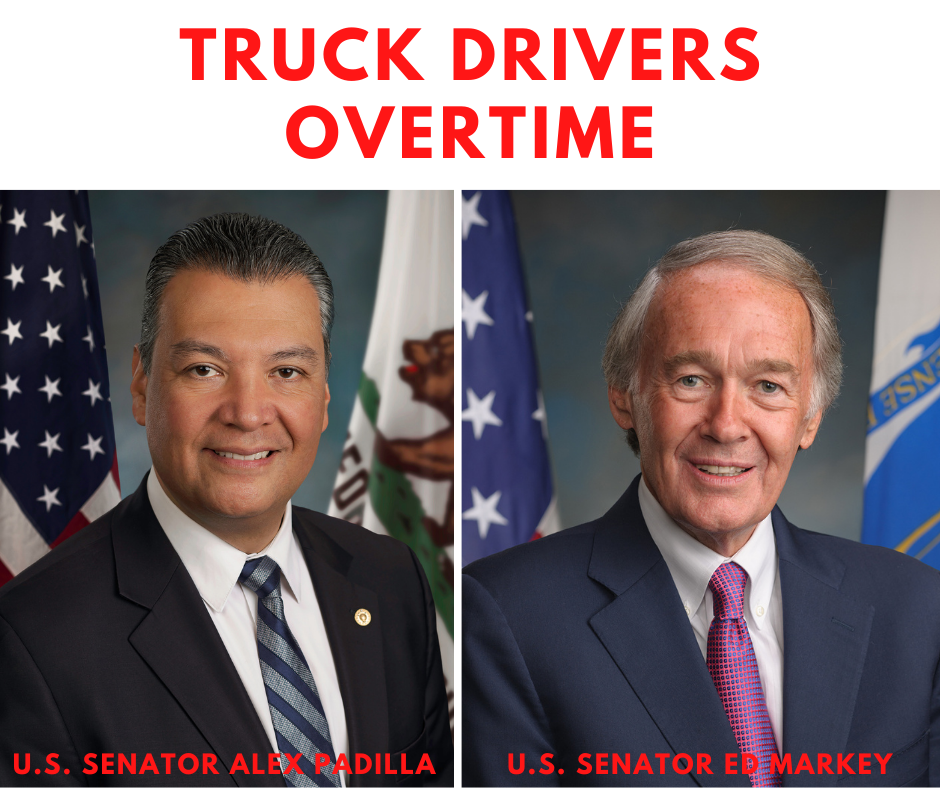 California Senator Alex Padilla, who replaced Kamala Harris when she became vice-president, has fulfilled a Democratic promise by introducing legislation, along with Sen. Ed Markey (D-Mass.), to provide truck drivers with overtime wages.

The new legislation, labeled the Guaranteeing Overtime for Truckers Act, would amend the motor carrier section of the Fair Labor Standards Act of 1938 which denied truck drivers the same overtime protections that virtually every other American worker enjoys.

A similar bill was introduced into the House of Representatives at the same time by Rep. Andy Levin (D-Mich.). The bill was lobbied for by the Owner-Operator Independent Drivers Association (OOIDA).

“It’s hard to think of many professions where employees must be on the clock but not fully compensated for their time,” OOIDA President Todd Spencer said. “But this is the reality that many truckers face because of the FLSA overtime exemption. Shippers, receivers, carriers, and others throughout the supply chain hardly have to think twice when they push truckers to work 60, 70, or 80 hours in a week because they know they won’t have to pay overtime.”

The OOIDA has long contended that lack of overtime has been a contributing factor to the current shortage of drivers across the nation.

“America’s truck drivers are on the frontlines of keeping goods and our economy moving. In fact, more than 70 percent of goods across the United States are shipped by truck,” said Padilla.

“Unfortunately, the COVID-19 pandemic and the resulting supply chain crisis aggravated persistent hardships for truckers, including long hours spent waiting—often unpaid—to load and unload goods. As our nation makes historic investments in our port and supply chain infrastructure, I’ve introduced this legislation to improve wages and working conditions for these essential workers and build the foundation for good-paying, stable trucking jobs,” concluded Padilla.

Along with the OOIDA, the legislation is supported by the International Brotherhood of Teamsters, the Truck Safety Coalition, the Institute for Safer Trucking, Parents Against Tired Truckers, and CRASH.