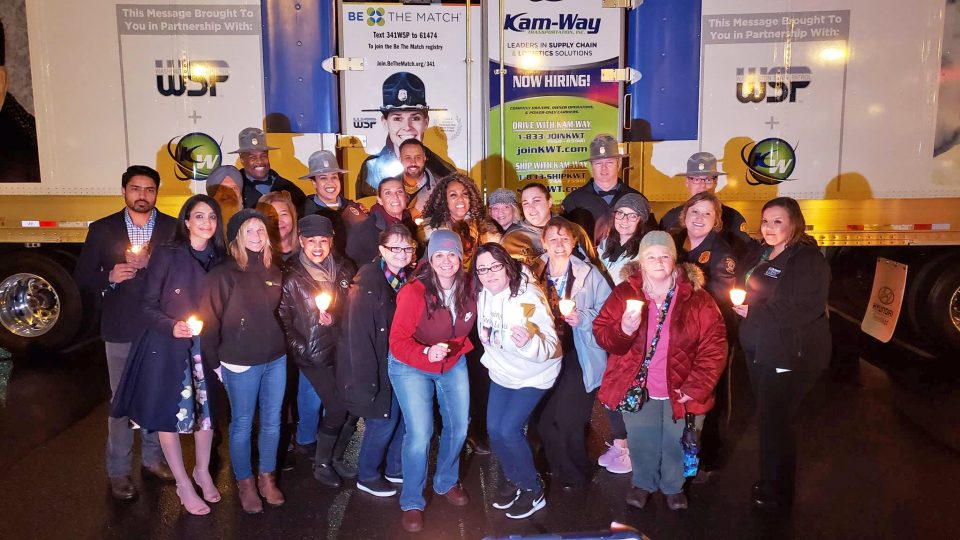 On the 20th anniversary of the day her daughter disappeared, the mother of Teekah Lewis again held a candlelight vigil, but this year’s event brought additional exposure to the cold case.
Teekah was 2-1/2 years old when she disappeared from a bowling alley in Tacoma. In 1999, police think Teekah was abducted from the former site of the New Frontier Bowling Lanes in Tacoma. It’s now a Home Depot parking lot on S. Center Street. Twenty years, 7,300 days, Teekah was just a 2-year-old girl at the time she disappeared.

“A lot of tears, a lot of emotions, a lot of hate,” said Theresa Lewis, Teekah’s mom. “I ask myself everyday, ‘where is Teekah? Who took my baby?’ She doesn’t deserve to be out there.”
Every year since Teekah was abducted, her mom holds a vigil at the spot she last saw her.
But this year, Washington State Patrol teamed up with Kam-Way Transportation to help with trucks carrying Teekah’s face.Two 53 foot trailers from Kamway Transportation will now carry the picture of Teekah Lewis. The trucks will drive around the West Coast bringing exposure to her case. Kamway Transportation pledged 10 trailers featuring 5 kids this year.