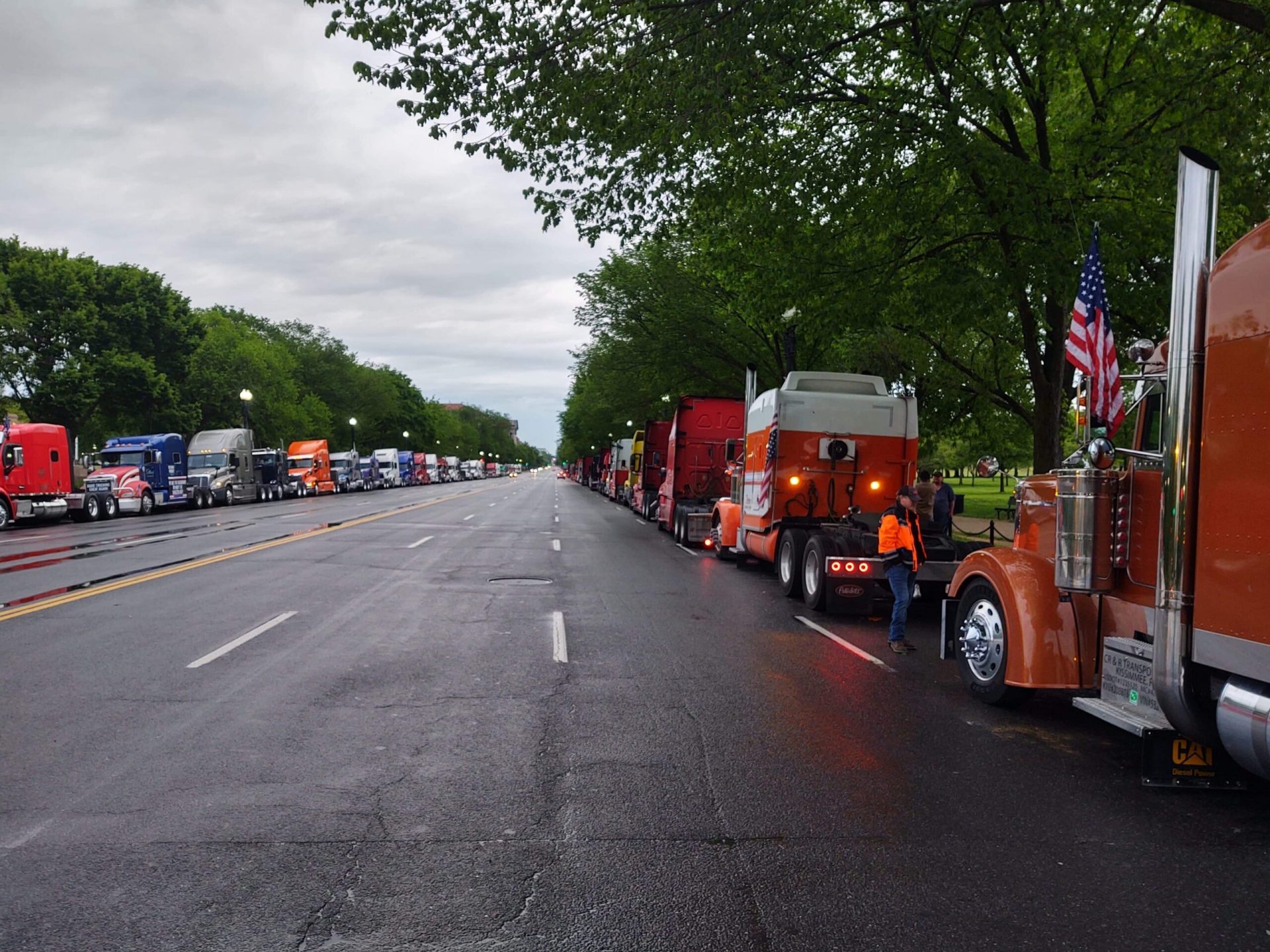 Truckers protesting low spot rates and a lack of freight as the coronavirus pandemic grips the nation have found a way to be recognized by President Donald Trump. Parked not far from the White House on Constitution Avenue, truckers have been blowing their airhorns during Trump’s outdoor events, including a press conference on May 15. And Trump has heard them.

As truckers made their presence felt, Trump said, “Those are truckers that are with us all the way. They’re protesting in favor of President Trump, as opposed to against, and that’s a sign of love, not the sign of your typical protest, so I want to thank our great truckers. They like me, and I like them. We’re working on something together.” The claim which is denied by protesters.

To “something,” Trump may be referring to attempts by the Department of Justice to uncover evidence that brokers and third-party logistics companies have not been totally transparent in dealings with truckers and may even be price gouging.

Truckers have been parked outside the White House in protest for the last two weeks. Their ultimate goal is to meet face to face with Trump to air their grievances. More than 80,000 truckers lost their jobs in April as the freight and retail markets have crashed. Goldman-Sachs predicted the U.S. economy will contract by 39% in the second quarter.

Although Trump claims the horns are in support of his administration, truckers are hurting, and the recent health crisis only exacerbated existing problems in the industry. The strategy, however, has gotten the mainstream press to focus on the truckers’ plight.

Nevertheless, Trump insists that he has the support of truckers, telling Fox News, “They’re supporters of me. Because we’re getting things for the truckers, and all those great truckers that are all over our country.”

Trump has indicated that he does believe truckers are being gouged, yet his administration has yet to launch a full-fledged investigation into the matter.