CVSA’s Brake Safety Week will be taking place in September 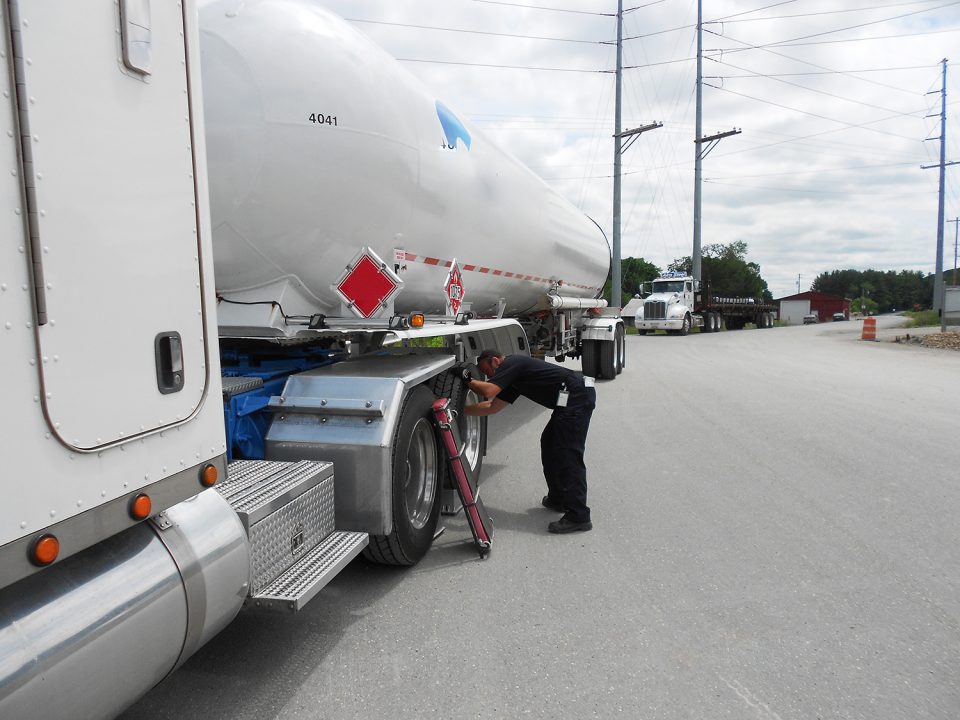 Just as drivers are recovering from Roadcheck 2018 and gearing up for Safe Driver Week in just a few more weeks, the Commercial Vehicle Safety Alliance (CVSA) has announced the dates for another impending inspection blitz — Brake Safety Week.
According to the CVSA, most of the inspections conducted during Brake Safety Week will be the North American Standard Level I Inspection, a “37-step procedure that includes an examination of driver operating requirements and vehicle mechanical fitness. Inspections conducted will include inspection of brake-system components to identify loose or missing parts; air or hydraulic fluid leaks; defective rotor conditions; measurement of pushrod travel; mismatched air chamber sizes across axles; air reservoir integrity and mounting; worn linings, pads, drums or rotors; required brake-system warning devices; and other brake-system components.”
Last year, the CVSA condensed Brake Safety Week down into to Brake Safety Days — one surprise inspection event that was held on May 4 and then another announced inspection day on September 7. The CVSA says that during last year’s Brake Safety Day inspection blitzes, 14% of all inspections resulted in an out of service order because of brake violations.
The CVSA also offered up several sets of statistics linking faulty brakes with an increase risk of crashes:
According to the U.S Department of Transportation’s Federal Motor Carrier Safety Administration’s Large Truck Crash Causation (LTCC) Study, 32.7 percent of large trucks with pre-crash violations had brake problems.
Brake-related violations comprised the largest percentage of out-of-service vehicle violations cited during last year’s International Roadcheck.
The LTCC Study’s relative risk analysis indicated that large trucks involved in a crash where the braking capacity of the truck was critical were 50 percent more likely to have a brake violation than were trucks involved in crashes where the truck’s braking capacity was not critical.
According to the LTCC Study, of the trucks involved in brake-critical crashes, 45.5 percent had brake violations, compared with 29.9 percent of trucks involved in crashes of the same type where the braking was not relevant. Brake Safety Week is sponsored by the CVSA in conjunction with the FMCSA and the Canadian Council of Motor Transport Administrators.