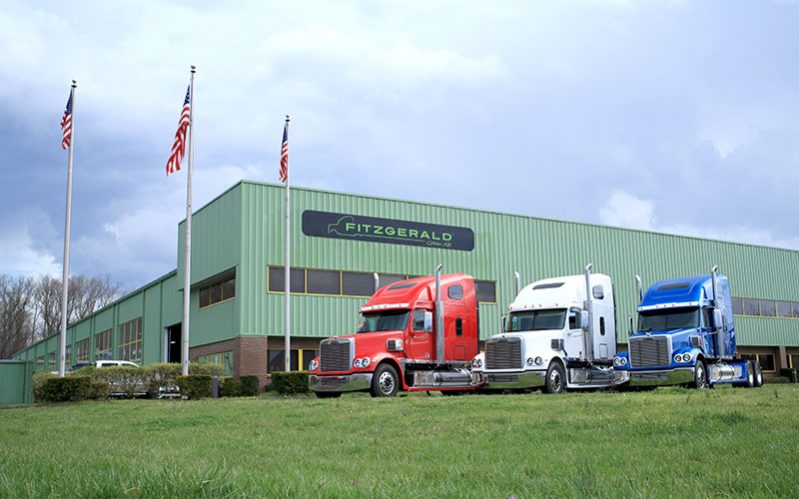 With the passage of stringent emission standards, the glider kit will soon become a relic of the past. According to the Fitzgerald Glider Kits website, a glider kit is “a new truck without an engine or transmission” that has been remanufactured. The name comes from the fact that these units are simply cabs and chassis without an engine or transmission.

Gliders would then be fitted with a used engine, transmission, and rear axle. These older engines produced more nitrogen oxides and particulate matter than is now permissible. In fact, gliders produced up to 50 times more emissions than new trucks.

Fitzgerald was once the leader in the glider kit industry but has now moved to manufacture all new trucks because glider kits do not comply with the Environmental Protection Agency’s (EPA) Phase 2 greenhouse gas emissions standards.

In 2018, the EPA also mandated that each glider kit manufacturer could only produce 300 gliders each year. The pandemic soon followed, and the sales of gliders plummeted, leading companies like Fitzgerald to change their business models.

“We played that out for a couple of years and then made our diversification move, which was into new trucks,” said Tommy Fitzgerald Jr. on YouTube. “Now we’re selling brand new Peterbilts.” Fitzgerald is now the top investor in four Peterbilt dealerships in Alabama and two in Virginia.

In past years, as many as 10,000 gliders hit the road. But with the new standards, the glider has become obsolete. The loss of this cheaper alternative to buying a new truck has come as somewhat of a shock to owner-operators.

“I think it was a big hit to owner-operators,” said Lewie Pugh, executive vice president at the Owner-Operator Independent Drivers Association (OOIDA). “In my opinion, as somebody who has owned trucks for 20-plus years, it was just the serviceability and the dependability of the glider that was enticing for an owner-operator.”

But not everyone is mourning the end of the glider. Glen Kedzie, energy and environmental counselor for the American Trucking Associations said that the usage of gliders was “not fair to those people in our industry who have bought new equipment to offset the higher emissions with the older equipment—and paid a lot more money. We’re doing our part to offset emissions.”

The loss of the glider kit has heavily impacted Fitzgerald, a company that once employed over 200 workers but is now down to ten.