Tariff war with Mexico would hurt the U.S. trucking industry 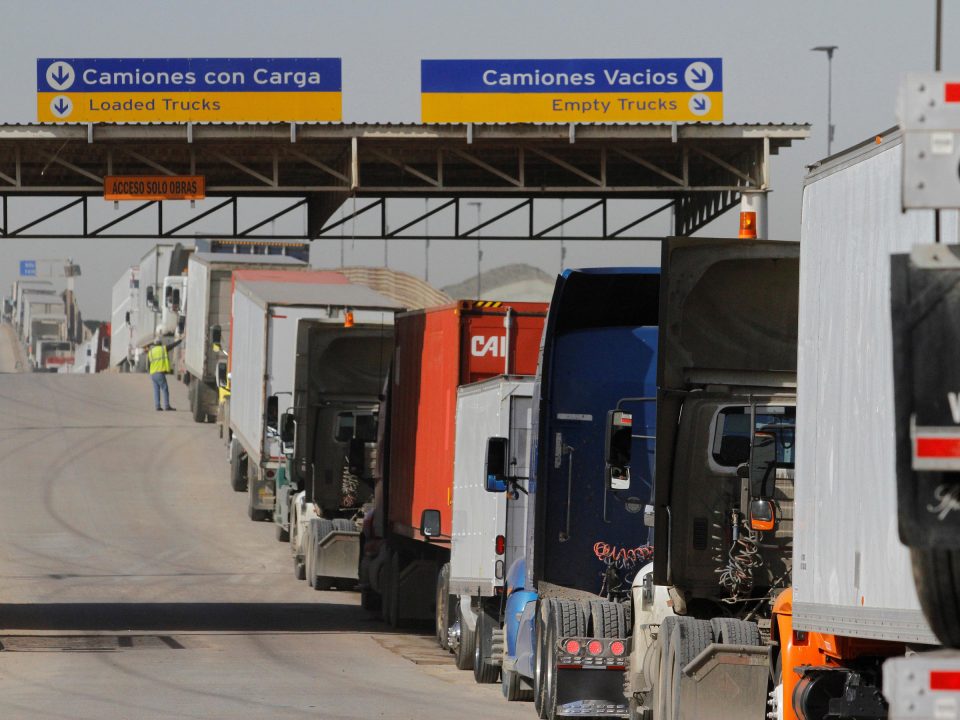 In an unprecedented move, the Trump Administration has threatened to slap tariffs on all Mexican imports. Mexico is America’s third largest trading partner with over $550 billion worth of goods traded between the two nations. Trump is seeking to gain leverage over Mexico in order to force them to do more to stem the tide of undocumented immigrants flowing across the southern border. On Sunday, White House Chief of Staff Mick Mulvaney said Trump was “deadly serious” about tariffs with a 5% hike beginning on June 10. Tariffs could go as high as 25% by October.

A protracted trade war between the U.S. and Mexico could spell catastrophe for some 47,000 Americans who have trucking-related jobs that depend on freight going back and forth across the border. In response, the American Trucking Associations reminded Trump that they “support free, open and fair trade between our country and our closest neighbors.” In fact, the trucking industry moves more than $700 billion in goods between the U.S., Canada, and Mexico. Also in the crosshairs of Trump’s tariff war is the recently negotiated USMCA—a replacement for NAFTA—which has yet to be ratified by Congress. Some fear that new tariffs would cause the deal to fall apart.

A statement from the National Retail Federation claims that new tariffs would be passed on to American consumers in the form of higher prices. “The growing tariff bill paid by U.S. businesses and consumers is adding up and will raise the cost of living for American families,” said David French, senior vice president of government relations at NRF. “Forcing Americans to pay more for produce, electronics, auto parts, and clothes isn’t the answer to the nation’s immigration challenges, and this certainly won’t help move USMCA forward.”

Trump Administration officials have said tariffs will not cause higher prices but will force Americans to buy goods produced in the United States. Currently, Americans purchased $5.9 billion in fresh vegetables, $5.8 billion in fresh fruit, $3.6 billion in wine and beer as well as another nearly $4 billion in other food-related products from Mexico. These products are all shipped by American truckers to their final destinations across the nation.

Tariffs would also significantly impact the automotive industry with both cars and manufactured parts passing back and forth between the two countries. In 2018, 2.7 million vehicles built in Mexico were sold on the American market. Some experts, however, believe tariffs on new cars coming out of Mexico could boost used car sales in the U.S. and could increase the transport opportunities for American truckers.

Economists and Wall Street analysts fear that broad tariffs on such a large trading partner could tank markets and send the U.S. economy into a tailspin, especially with the ongoing trade war with China still unresolved. On Friday, the Dow Jones Industrial Average lost 354 points or 1.4% of total shares.

For his part, Mexican President Andres Manuel Lopez Obrador refused to get into a feud with Trump and has sent a delegation to Washington D.C. in hopes to negotiate a resolution. “All conflicts in bilateral relations must be faced through dialogue, through communication. The use of coercive measures does not lead to anything good,” said Obrador.