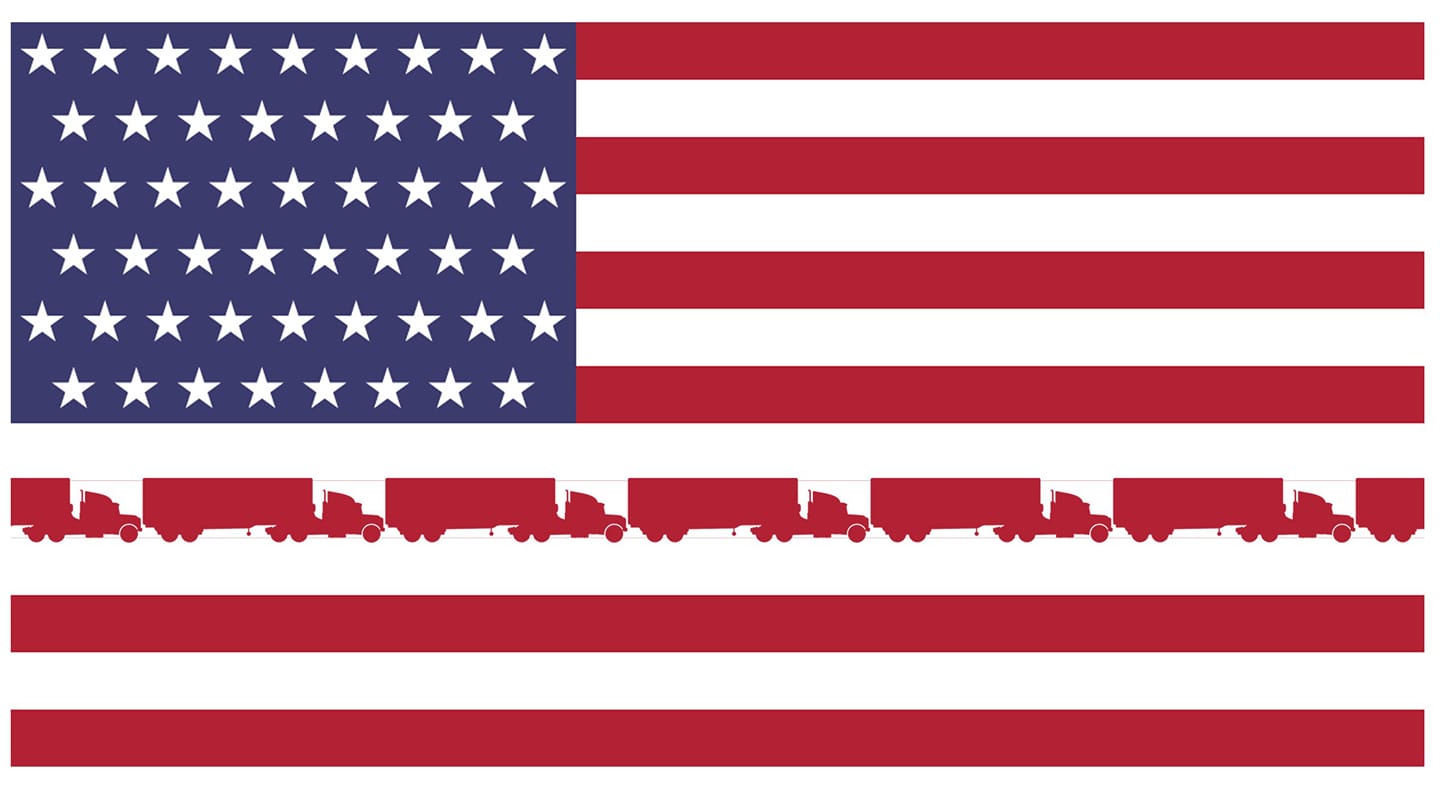 Despite being praised as heroes for keeping products moving, truckers are protesting recent developments including declining spot rates, increased driving hours for those delivering groceries and other essentials, and the fact that truckers have not been eligible for stimulus funds recently appropriated by Congress.

As the U.S. economy staggers into the spring and summer months, truckers have seen rates collapse across the nation as the current health emergency continues to wreak havoc. These rate drops, which represent the lowest levels since the financial crisis of 2009, have caused truckers in California, Arizona, and Texas to stage protests.

In Houston, some 70 independent truck drivers blocked traffic, protesting what they say is unfair treatment by freight brokers. Several were cited and one arrested as local police responded.

Truckers claim that brokers are now paying only a fraction of what they had been paying before the COVID-19 pandemic paralyzed the U.S. economy. Trips from Houston to Midland-Odessa which had been paying $1,800 are now only paying $700.

Houston police chief Art Acevedo sympathized with truckers, saying he would conduct a criminal investigation into allegations that truckers are being cheated out of wages. He added, however, that blocking traffic would not be tolerated.

In Arizona, 18 independent truckers circled the state capital in Phoenix. These truckers were protesting long hours caused by the suspension of hours-of-work regulations initiated by the federal government at the beginning of the coronavirus outbreak.

In California, truckers were also protesting low rates. Loads from Los Angeles to Arizona which used to pay upwards of $2,300 were now only paying $350. Combined with rates that had already declined in 2019 and many drivers are saying it is simply not worth their time.

Nearly 100 drivers drove from Los Angeles to San Bernardino, slowing traffic and ultimately being cited by CHP for driving below the minimum speed. More protests have been scheduled for May 1 in Los Angeles, Chicago, and Washington.

After spot rates had risen in early March, they have now cratered on account of several factors. First, with much of the economy shut down, demand is simply not there. Second, as a result of an economic upturn in 2018, the number of trucks on the road increased, but with the current crisis, shipments have seriously declined. Finally, shipments from overseas, especially China, have fallen significantly in recent months.