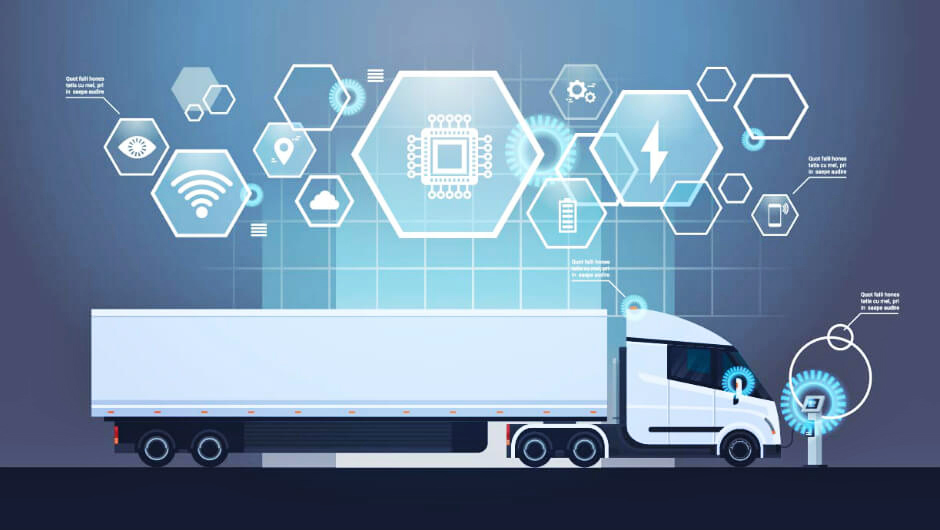 Despite navigating a number of challenges, including political storms swirling around tariffs, trade policy, new technologies, and persistent long-term issues, 2018 proved to be a solid year overall for commercial trucking.

For all the panicked headlines that often seem to dominate trucking, the industry is actually doing quite well with virtually every segment shipping freight at or near peak levels. Newer sectors, such as cannabis in Canada, are hitting the ground running, and sectors that slowed over the last few years, like oil, are gearing up again.

That said, the last year hasn’t exactly been without its obstacles. Uncertainty over the ultimate fate of NAFTA, along with new trade tariffs, have left many companies nervously eyeing the next round of trade negotiations and hoping tariffs that took effect this year will only be a short-term deviation, instead of a long-term trend. Trucking companies are also still struggling to find new drivers to replace an aging workforce while simultaneously attempting to adapt to newer and more streamlined technology.

The big news of 2018 is also the old news: the quest to recruit new drivers. The industry has struggled with a driver shortage for nearly 20 years now, but the situation hasn’t significantly improved over the last 12 months. According to the American Trucking Association, 51,000 new drivers are needed to meet the demand for high volume shippers such as Amazon and Walmart. A recent industry analysis reported that at the start of 2018, only one truck was available for every 12 loads, the lowest ratio since 2005.

Well over 70% of the truck driver population is currently over 55. We are seeing more drivers retire, and it’s harder to bring in new people, especially when unemployment hovers well below historic averages. Trucking tends to be something that people are not proactively pursuing as a career.

The industry, however, is hardly sitting idle on the recruitment front. Pay and equipment updates are major target areas for improvement as companies chase millennial workers. Wages have increased with 15% to 20% surges in many cases. In California, many transportation companies have raised driver pay by 20%, with many of the company’s drivers making upward of $70,000+, yet it still can’t find enough drivers to fill cabs.

This all in the face of important improvements in trucks and the new technology being implemented by the industry. Five years ago, almost 80% of trucks had a manual transmission, but in recent years we have seen a major shift to automatic transmissions. Doing so brings in a younger population because many candidates under 50 have never driven a manual transmission.

The industry is also pursuing regulatory policies it believes will help with recruitment, working with the Department of Transportation to lower the age a driver can get an interstate Commercial Driver’s License (CDL) from 21 to 18 or 19, allowing high school graduates to get into the industry from the ground floor, instead of pursuing it as a second or even third career choice.

I suggest companies begin to address more work-life balance issues if they want to recruit one of the most underrepresented demographics in the industry: women. The percentage of female drivers is growing slightly and is currently around 6%. More trucks with automatic transmissions and enhanced onboard technology may lure more female drivers into the workforce. Female drivers also need to feel safe on the road and when they stop overnight. Unfortunately, these are problems without ready solutions.

While driverless or autonomous trucks are often cited as a potential solution to the driver shortage, we are trying to hire drivers today. It may be difficult to attract potential new drivers if they feel driverless trucks will eventually replace them. But, until laws catch up with technology, the near future will require driver-assisted trucks rather than totally automated rigs.

Although recruiting is ongoing, actual shipments haven’t slowed. In fact, most industry segments have held steady or even risen over the last year. Right now, nearly all segments are experiencing significant growth. The need for refrigerated freight and vans has increased for the last three or four years while flatbed shipments have also thrived. Even the trade tariffs instituted by the Trump administration, something multiple companies both inside and outside of the transport industry feared, haven’t slowed things down. And, with the new U.S.-Mexico-Canada Agreement replacing NAFTA, some of the uncertainty has been lifted from North American companies.

Trucking, like most industries, is still trying to find the best way to integrate rapidly changing technological advancements into its business model, but it has certainly made some effective headway. In addition to the shift from manual to automatic transmissions, new regulations last year introduced the use of electronic logs on a large scale, moving fleets from paper records to digital. Overall, the rollout went better than expected with only a few smaller operators refusing to comply. The biggest problem now focuses on enforcing the new regulations.

Looking forward to 2019, I think it’s going to be a good year. All indicators are very positive, and everybody’s feeling quite confident. It looks like the economy is continuing to grow, despite a roller-coaster stock market, and most economists are not predicting any slowdowns until well into the new year or 2020. At least through the first half of the year, I really see more of the same type of positive atmosphere. In retrospect, it was a great 2018 and the future is bright for 2019.