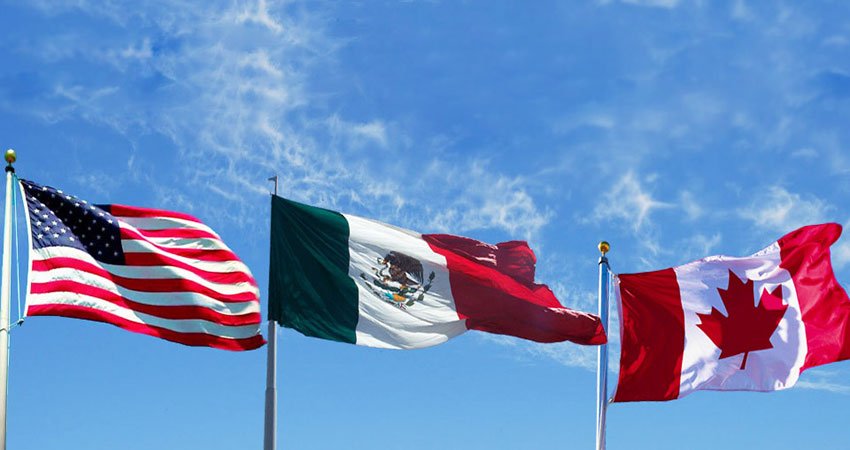 Now labeled the United States-Mexico-Canada Agreement (USMCA), instead of NAFTA (North American Free Trade Agreement), the new deal recently negotiated by the Trump administration with two of America’s top trading partners preserves most of the provisions of NAFTA while improving economic conditions for U.S. dairy farmers as well as auto workers in both the U.S. and Mexico.

Republican Senator Orrin Hatch from Utah has hailed the new agreement, saying, “I am pleased that the Trump administration was able to strike a deal to modernize NAFTA with both Mexico and Canada. NAFTA is a proven success for the United States, supporting more than two million American manufacturing jobs and boosting agricultural exports to Canada and Mexico by 350%. Maintaining a trilateral North American deal is an important prerequisite to preserving and extending those gains and the Trump administration has achieved that goal.”

While the trade deal continues the best of NAFTA, there are a few prominent changes which improve the 25-year agreement. First, new rules mandate that 75 percent of new automobile components—up from 62.5 percent under NAFTA—must be produced in the U.S., Canada or Mexico in order to qualify for relief from tariffs.

Second, 40 to 45 percent of automobile parts must be manufactured by workers making at least $16 an hour within five years. New provisions also guarantee that new Mexican laws will allow auto workers to seek union representation.

Third, and most importantly for the U.S. agriculture sector, American dairy farmers have secured greater access to the Canadian market, allowing Americans to sell more milk, cheese, and other dairy products to consumers north of the border. The new agreement will give U.S. dairy farmers up to 3.6 percent of the Canadian market. Experts estimate it increases exports to Canada by about $70 million.

Fourth, the deal extends intellectual property and digital trade copyrights. New terms push copyrights from 50 to 70 years beyond the life of the author. It also extends the period of time that a new pharmaceutical drug can be protected from generic competition.

Critics of the new deal note that its provisions are not substantially different from the original NAFTA and do not merit the confrontational attitudes adopted by the Trump administration in recent months. Many have simply called the agreement NAFTA 2.0. They also point out that most of the new agreement, especially in dairy farming and copyrights, would have been covered under the Trans-Pacific Partnership which President Trump rejected as soon as he took office last year.

Trump, Canadian Prime Minister Justin Trudeau, and outgoing Mexican President Enrique Peña Nieto will sign the agreement at the end of November at the G20 summit in Buenos Aires. The agreement must also receive approval from the U.S. Congress, which might not take up the matter until 2019.