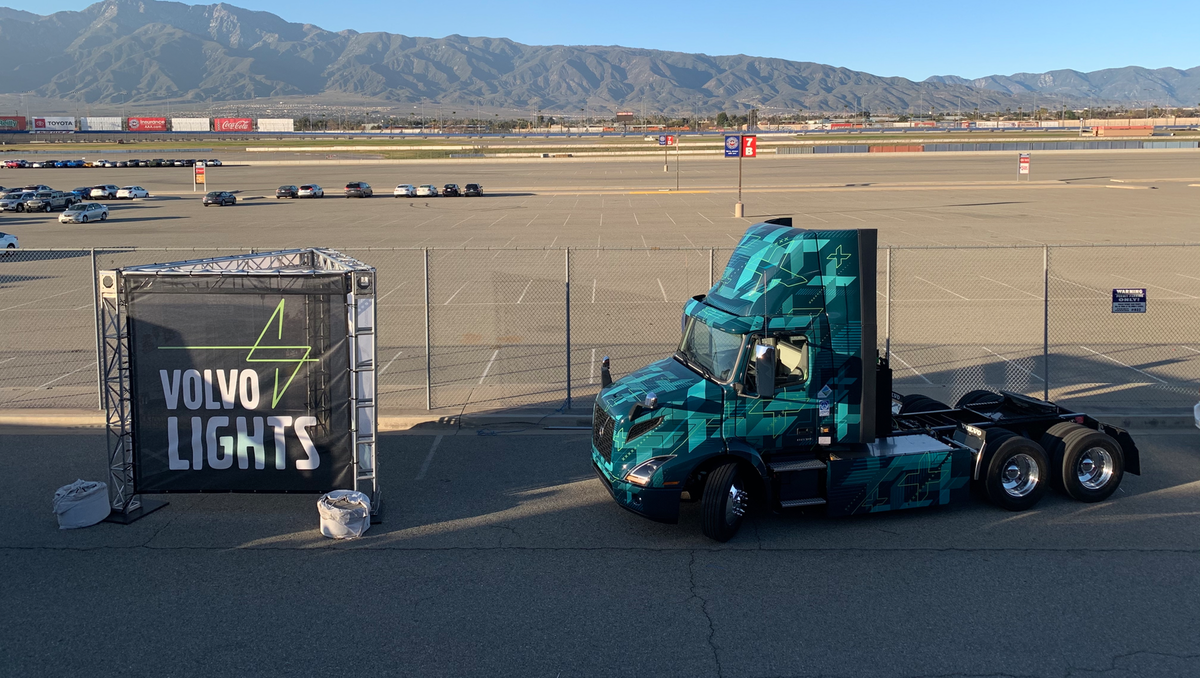 LIGHTS is the acronym for the Low Impact Green Heavy Transport Solutions project which has received $44.8 million from the California Air Resources Board as part of the state’s California Climate Investments (CCI) initiative. Volvo says the new trucks will be on California roads in a few weeks and sales will begin later this year.

VTNA President Peter Voorhoeve said, “There are many different alternative energies to fuel trucks with, but I personally believe, and Volvo Groups believes, that electric mobility is the way forward.”

The CCI hopes to invest billions in the fight to reduce greenhouse gas emissions, bolster California’s economy and improve public health and the environment. Currently, the initiative, which seeks to develop electric power options for heavy-duty applications, has several partners, including Volvo which has contributed $36.7 million to the project’s total of $90 million.

During the Fontana event, Volvo Group CEO Martin Lundstedt extolled the collaborative nature of LIGHTS and the CCI. He said, “Partnership is the new leadership. We will learn, all of us, how to move forward. Volvo as a company, and together with all of our partners, should drive prosperity through transport solutions.”

Lundstedt also boasted of the economic gains which could be reaped by the program, saying, “We know that any society that has advanced transportation and infrastructure actually has a very clear correlation with the perspective that we all know about, which is measured as GDP. This is a necessity, but it’s also a competitive edge.”

Einride to use smart-sensing tires from Bridgestone