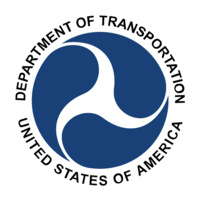 In a signal that some trucking industry stakeholders are hoping to get behind the new Biden Administration transportation policies, the American Trucking Associations (ATA) has released an enthusiastic endorsement of proposed Secretary of Transportation Pete Buttigieg. Buttigieg is a former mayor of South Bend, Indiana who ran for the Democratic nomination for president in 2020.

In a statement on their website, ATA’s CEO Chris Spears said, “Having served as the mayor of a city sitting at the crossroads of America, Mr. Buttigieg has had an up-close and personal look at how our infrastructure problems are impacting Americans—and how important it is to solve them. As he conveyed throughout his testimony today, greater federal investment in infrastructure is critical to enhancing transportation safety and growing our ailing economy.

“That work begins with securing immediate funding to address our short-term needs over the next decade while we develop new, technology-driven solutions over the long-term, and ATA stands ready to assist the Biden Administration in advancing a robust highway funding bill across the finish line.”

President Biden has said he would take a laser focus on infrastructure issues, including the nation’s badly aging roads and bridges, immediately after he has procured federal funding to relieve Americans distressed by the COVID-19 pandemic.

On the heels of his $1.9 trillion-dollar COVID relief bill, Biden has pledged to announce an equally ambitious bill on infrastructure and climate change.

In comments made in front of the Senate’s Commerce, Science and Transportation Committee Buttigieg was basically non-committal when it came to issues involving roads and highways. He appeared to give the same answer to questions about the ELD mandate for livestock carriers, hours-of-service and new split-sleeper berth rules.

In a typical answer, Buttigieg told the committee, “We’ll take a closer look and engage with stakeholders to understand how the pilot program squares with the goal of worker and traveler safety, and with the goals of flexibility.”

Senators Deb Fischer (R-Nebraska) and Jon Tester (D-Montana) urged Buttigieg to continue with the waiver to keep the exemption from the ELD mandate for livestock and insect haulers.

On taxes, Buttigieg said he tends to support raising the federal diesel and gas tax in order to bolster the Highway Trust Fund. He noted the fund is consistently needing support from the general fund.

Another Trump era change, the ability for third-party skills test examiners to administer tests to drivers they also trained will also most certainly be shelved.

Not only was there a change in the White House, but the U.S. Senate is now controlled by the Democrats, although their margin is slim at 50-50 with Vice President Kamala Harris acting as a tiebreaker.

A Democratically controlled Congress (Democrats retained control of the House of Representatives) could mean more trucking regulations, but it could also mean increased funding for infrastructure.