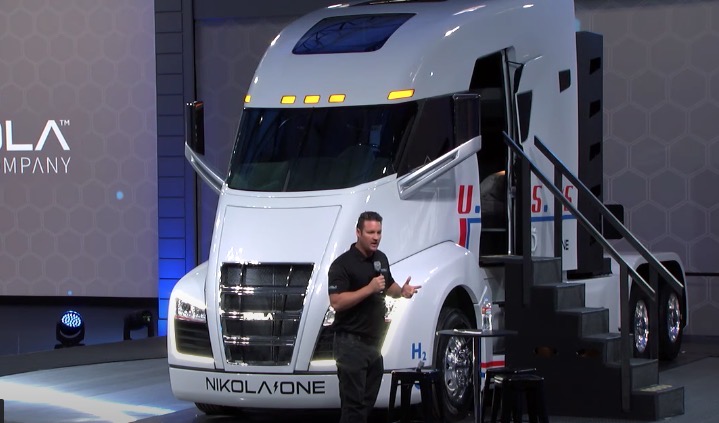 In a shocker that sent the company’s stock reeling, Nikola Motor’s founder and chief executive Trevor Milton resigned his duties on Sept. 20. The move sent shares of the company to their lowest opening price since the company went public in June.

Phoenix-based Nikola is a manufacturer of heavy-duty electric trucks with plants in Germany and a new plant now being built in Coolidge, just south of Phoenix. Anheuser-Busch has recently ordered 800 trucks from Nikola.

Milton, a charismatic entrepreneur who established Nikola in 2014, stepped down after a report from Hindenburg Research, an investment fund that short sells stocks, alleging that Nikola had made false assertions about its battery and fuel cell technology. They labeled Nikola’s claims as “an intricate fraud.”

In particular, Hindenburg focused on a video released by the company which appeared to show a Nikola Tre prototype truck being driven under its own power. Instead, the truck was actually rolling down an incline.

Nikola denied the allegations, saying that at no time did they indicate the vehicle “was driving under its own propulsion in the video.”

General Motors, however, which has invested $2 billion in the company, plans on staying with Nikola. In a statement, G.M. said, “Our overall goal is to put everyone in an E.V. and accelerate adoption.”

A college dropout and self-styled entrepreneur, Milton first started a security alarm business before beginning Nikola with the goal of producing zero-emission trucks. He has been quoted as saying, “I knew I had a chance to change the world. And that’s what I did.”

Although he will still be an unpaid consultant for the company, Milton will have no say in the company’s operations for at least three years. He does walk away with more than $3.1 billion in stock as part of his separation agreement.

Nikola has also agreed to cover any of Milton’s legal costs in the future. The SEC and Department of Justice have already begun inquiries into Hindenburg’s assertions. Milton said, “I intend to defend myself against false allegations leveled against me by outside detractors.”

Former G.M. executive Stephen Girsky has been appointed to replace Milton as chairman of the board. Some analysts have suggested that Milton’s departure could be beneficial to the company in the long run.