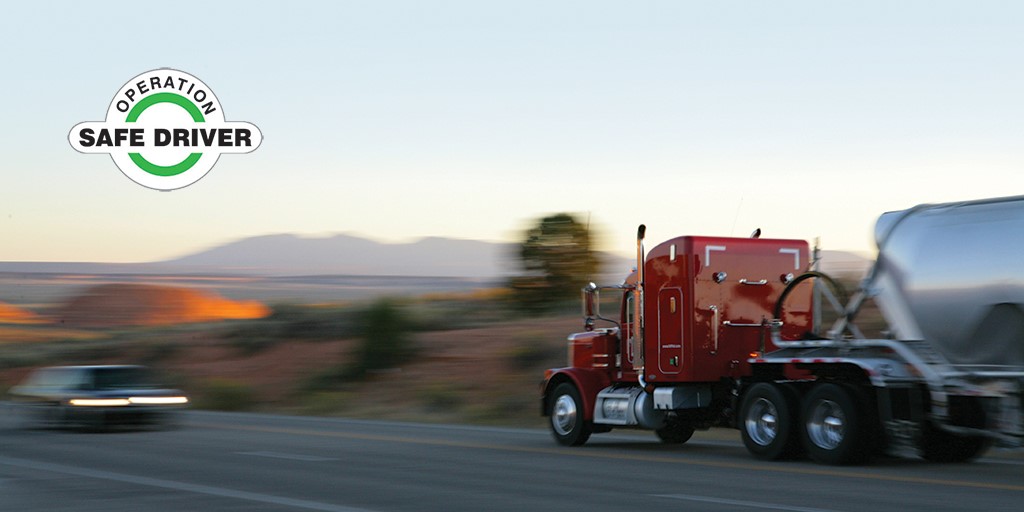 The Commercial Vehicle Safety Alliance’s (CVSA) 2020 Operation Safe Driver Week will go on as scheduled, July 12-18. During this week-long traffic enforcement safety initiative, law enforcement personnel throughout North America will be looking for drivers who are engaging in unsafe driving behaviors on our roadways. Identified drivers will be pulled over by law enforcement and may be issued a warning or citation.

According to the Governors Highway Safety Association, less traffic may be encouraging some drivers to ignore traffic safety laws, including speed limits. Despite there being far fewer vehicles on the road due to COVID-19 stay-at-home orders, many jurisdictions are seeing a severe spike in speeding.

As the number of vehicles on roadways decreased in March and April, average speeds measured during the first week of April increased significantly in the five largest U.S. metropolitan areas. According to recent data, the average speed on interstate highways, state highways and expressways in those areas increased by as much as 75% compared to January and February.

To address this alarming trend of increased speeding on our roadways during the pandemic, CVSA selected speeding as the focus area for this year’s Operation Safe Driver Week.

“It’s essential that this enforcement initiative, which focuses on identifying and deterring unsafe driving behaviors, such as speeding, go on as scheduled,” said CVSA President Sgt. John Samis with the Delaware State Police. “As passenger vehicle drivers are limiting their travel to necessary trips and many commercial motor vehicle drivers are busy transporting vital goods to stores, it’s more important than ever to monitor our roadways for safe transport.”

Historically, drivers’ actions have contributed to 94% of all traffic crashes, according to the National Highway Traffic Safety Administration’s (NHTSA) Traffic Safety Facts report. And although NHTSA’s 2018 highway crash fatality data showed a 2.4% decline in overall fatalities, the number of fatal crashes involving large trucks increased by 0.9%.

In addition to a focus on speeding, examples of other dangerous driver behaviors that law enforcement will track during Operation Safe Driver Week include distracted driving, failure to use a seatbelt, following too closely, improper lane change, reckless or aggressive driving, failure to obey traffic control devices, evidence of drunk or drugged driving, etc.

To find out about Operation Safe Driver Week enforcement events going on in your area, contact the agency or department responsible for overseeing commercial motor vehicle safety within your jurisdiction.

Despite economic downturn, CARB remains on schedule to put more electric trucks on the road