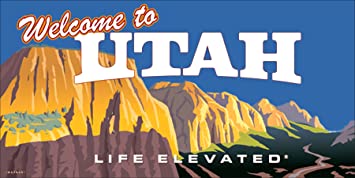 Truck drivers will not be part of Utah’s recent travel advisory which requires adults who enter the state to complete an online form asking whether they have been exposed to the novel coronavirus.

In efforts to slow the spread of the infectious disease COVID-19, Governor Gary Herbert released an executive order that establishes a protocol for those crossing the border. All adults must fill out a form within three hours of entry about their current health situation and the potential risks of infection.

Originally, truck drivers were included in the executive order but later were exempted along with other essential workers such as airline personnel and first responders. It took the Nevada Trucking Association (NTA), in league with the American Trucking Associations, Utah Trucking Association, and the Federal Motor Carrier Safety Administration, to point out the governor’s edict was unconstitutional.

In a press release, the NTA said, “We appreciate the governor’s office for recognizing the operational burden the requirement puts on the trucking industry and others that are responding to this public health emergency.”

NTA leaders correctly pointed out at the time of the Utah governor’s original announcement that such “an impediment to interstate commerce” had been one of the key reasons why the United States Constitution replaced the Articles of Confederation in 1789. The founding fathers were worried that states could block commerce for any variety of reasons which could be judged as discriminatory.

Despite the rebound, Wall Street may see trouble ahead